Activist investors are smart – what can we learn from them? 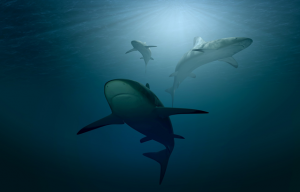 Activist investors were busy in 2017. General Electric, AIG, Arconic, CSX, Pandora, and Buffalo Wild Wings are among the companies whose CEOs resigned under pressure from activist investors. Activist investors single out underperforming companies, then force changes, which may include giving the activist a seat on the board, replacing company leaders, divesting a division, or simply cutting costs.

These relentless shaker-uppers are going after bigger and bigger companies, and both sides are spending more money than ever in proxy battles. Procter & Gamble, the biggest company ever targeted this way, made headlines in 2017 when Nelson Peltz of Trian Partners demanded, and ultimately won, a seat on its board. The two sides spent $60 million combined during the months-long proxy battle.

One thing’s for sure: No company is immune to activist investors. Because the 10 largest shareholders in a typical Fortune 500 company own almost half the stock, it’s not difficult for an activist investor with a good presentation and a compelling story to convince others that his way of thinking is correct.  The only real protection from activist investors is consistently turning in excellent performance. And to achieve that, you must be bold, agile, innovative, asset-light, and incredibly in sync with your customers.

Even if you’re a private company that’s immune to this threat, I believe these lessons are relevant, to keep you thriving and adapting in the face of market change.

1. What we can learn from Trian’s victory over P&G: Adapt constantly, and make bureaucracy your enemy

Procter & Gamble was the gold standard for consumer products marketing for decades, but as the market has shifted from “mass market” TV and print ads and big brands to digital marketing and smaller brands, P&G failed to adapt.

The company’s brands have massive market share—over 60 percent for Cascade dishwasher detergent and Gillette razors—but that share has been slowly shrinking. Consumers now make buying decisions based on peer reviews and social media and have shifted to smaller, newer brands that have a direct digital relationship with their consumers. These more digital-savvy companies then get up-to-the-minute input on customer preferences. P&G hasn’t kept up with these changes and is paying the price.

During the proxy battle with P&G management, Trian’s Nelson Peltz traveled the country making his pitch to institutional investors: The world has changed, and P&G has not changed with it. The company suffered from “suffocating bureaucracy” and short-term thinking, Peltz said. Its shareholder returns were in the bottom quartile vs. its peers. It had aging brands and little innovation, and was closed-minded and insular.

It wasn’t hard for Peltz to convince investors that P&G needed faster decisions and greater responsiveness when he showed them the data. P&G’s biggest brands, like Cascade and Gillette, are losing market share, while smaller brands, like Dollar Shave Club, which is owned by competitor Unilever, are growing three times faster.

The lesson: If what made you successful isn’t working anymore, don’t wait for an activist investor to force the shift to a new way of competing. When you see signs of bureaucracy in your company, such as slow decision-making, inordinate time spent on internal issues, risk aversion, and excessive management layers, don’t hesitate to take action. Delayer, and eliminate cumbersome processes. Set up flexible, focused teams to tackle those strategic priorities for which speed and agility are crucial, and empower these teams to take fast action.

If what made you successful isn’t working anymore, don’t wait for an activist investor to force the shift to a new way of competing. Click To Tweet

2. What we can learn from Jeff Immelt’s departure from GE: Make sure your strategy story holds water.

Former GE CEO Jeff Immelt spoke frequently about a key element of GE’s strategy: establishing the company’s Predix platform as the backbone of the industrial Internet of things. It was a nice story, but somehow it didn’t add up, given the disappointing financial and share price results. (GE shrank, rather than grew, under Immelt, and share price fell 38 percent during Immelt’s 16-year reign, while the Dow Jones Industrial Average doubled.)

The new CEO, John L. Flannery, will reduce cost and spin off or sell off non-core parts of the company. His strategy story will be clean and simple.

The lesson: shareholders will accept a grand vision for only so long if the financial performance isn’t there to back it up. To avoid being the target of activist investors, make sure your strategy delivers the hard numbers that investors demand.

To avoid being the target of activist investors, make sure your strategy delivers the hard numbers that investors demand. Click To Tweet

3. What we can learn from CSX Railroad’s roller-coaster year: when the market is tough, take the hard medicine.

When, over a period of six years, CSX Railroad experienced a 51 percent drop in its biggest revenue source—coal—margins dropped to the lowest of the major railroads. Management promised huge efficiency improvements that never came. Seeing an opportunity, activist investor Paul Hilal of Mantle Ridge brought about the installation of railroad veteran Hunter Harrison as CEO.

Harrison spent 9 months in an intense overhaul of CSX before passing away in December. He was said to be “ripping off the Band-Aid” of CSX, boldly shifting it from a hub-and-spoke model to a point-to-point model. The new model, Harrison said, will eliminate long stops, and enable faster delivery, smaller fleets, and less labor. The transition has been painful. Some customers had to halt operations, and 37 percent switched freight to competitor Norfolk Southern.

Harrison liked to quote oil magnate J. Paul Getty, saying “In rapidly changing times, experience is your worst enemy.” To be sure, many of the CSX’s top leaders, who had operated for decades in a hub-and-spoke model, disagreed with Harrison’s approach, and have left the company. Harrison was determined to restructure, even knowing it would disrupt both his own and his customers’ businesses. The prior regime was unwilling to take this hard medicine. It will be up to the new management team, and whomever the board installs as CEO-successor, to continue this process. The jury is out on whether CSX will, in the end, fully implement the transformation Harrison envisioned, or instead adopt a hybrid model, tailored to the markets CSX operates in.

The lesson: When you experience permanent market shifts, as the decline in coal revenue was for CSX, don’t be afraid to make employees, and even customers, unhappy. Make bold moves before an activist investor forces you to do so.

When you experience permanent market shifts, don’t be afraid to make employees, and even customers, unhappy. Make bold moves before an activist investor forces you to do so. Click To Tweet

4. What we can learn from Honeywell’s response to Third Point: consider the activist investor’s recommendations and take action.

When Dan Loeb, of Third Point hedge fund, pressured Honeywell to shed its aerospace business, Honeywell’s management team, under CEO Darius Adamczyk, tested Loeb’s theories, modeling various scenarios for slimming and refocusing the company. In the end, Honeywell management kept the aerospace business, choosing to spin off the car parts and home systems businesses instead. The spin-off created two best-in-class companies that were better off independent.

The lesson: Activist investors want your business performance to improve, and if they can do this without taking control of your company, they are often satisfied. So when an activist investor makes a recommendation for how you should be running your company differently, consider their point of view. Often you’ll find that you can improve performance and retain control by implementing some or all of their recommendations.

When an activist investor makes a recommendation, consider their point of view. Often you’ll find that you can improve performance and retain control by implementing some or all of their recommendations. Click To Tweet

5.  What we can learn from Marcato Capital’s assault on Buffalo Wild Wings: partner with others and go asset-light.

When activist investor Mick McGuire of Marcato Capital evaluated restaurant chain Buffalo Wild Wings’ financial performance and strategy, he saw a major flaw: the brand wasn’t earning its cost of capital, largely because it owned its own stores. The solution, McGuire pointed out in a richly detailed 48-page presentation, was to franchise, rather than own, its restaurants. Increasing the franchise ratio to 90 percent from 49 percent by selling stores to franchisees, McGuire said, would improve returns and allow faster growth, especially in international markets, where local expertise was key.

Internal managers pushed back hard against McGuire’s approach, believing that the way they had always approached the business was superior. After a proxy battle, Marcato won three of the board seats it sought and pushed out Buffalo Wild Wings CEO Sally Smith. Five months later, in November, Roark Capital, a private equity firm with deep expertise in franchising, announced that it would acquire Buffalo Wild Wings.

The lesson: teaming with business partners, especially if those partners have capabilities or expertise you do not, can enable you to accomplish growth initiatives that would be impossible or costly to achieve on your own. To keep activist investors at bay, consider how you can employ partnerships to improve your company’s growth and profitability.

Teaming with business partners, especially if those partners have capabilities or expertise you do not, can enable you to accomplish growth initiatives that would be impossible or costly to achieve on your own. Click To Tweet

6. What we can learn from Pershing Square’s bid for ADP board seats: drive out unnecessary cost.

Bill Ackman of Pershing Square Capital went after ADP in 2017, making the case that costs should be substantially reduced. ADP’s 130 locations were chosen during a time when having physical locations close to clients was important. ADP’s newer, cloud-based competitors are able to be located anywhere, regardless of where their clients are. This keeps competitor costs low and enables faster decision-making and better collaboration, because key decision-makers can be consolidated at a single location.

Ackman pointed out that ADP’s labor productivity is 28 percent worse than its competitors, and that companies that ADP formerly owned, such as Solera and CDK, were able to double margins after being spun off from their corporate parent. In Ackman’s view, ADP was bloated, inefficient, and behind the times. In November, he lost his bid for ADP board seats, but only after causing a high-profile proxy fight.

The lesson: activist investors look for low-hanging fruit—companies whose costs are out of line with their industry. Don’t be one of those companies. Be bold in keeping costs competitive, even if that requires difficult restructuring.

Ultimately, activist investors look for companies that haven’t fully embraced the need to move quickly and intelligently in response to the changes unfolding around them.

These investors spot companies that haven’t adapted effectively to shifting markets and customer demands, that have let bureaucracy and costs balloon, that have failed to make the hard choices that are needed. Proxy fights are expensive, distracting, and unpleasant, so make the needed changes in your business before an activist investor forces you to—or, for that matter, before competitors or market disruptors put your business at risk.

Are You Ready to Grow Fearlessly? Sign up for our newsletter and receive a free booklet to get started.